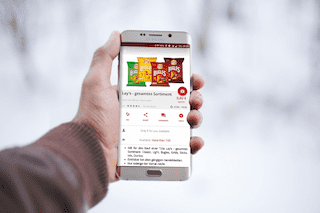 I joined the scondoo.de, team soon after they got some VC funding. They needed an in-house Android Developer to help them increase its usability and features.

The project was made by two agencies so the codebase was a bit mixed up. I was able to rapidly get used to the architecture, add new features fast and clean up all the UI.

After a couple of years, and some reading I decided that the application needed an architecture update and I decided to implement the clean architecture in the app and do it using Kotlin. Using Kotlin was a bit risky because it was the beginning of 2016 before Google added it as an official programming language for Android, but after I first use it I knew it would be a matter of time most Android developers will use it as their main language.

After some ups and downs refactoring, I was able to increase the quality of the app and decrease the complexity of the code.

I explain my journey in this talk.

Later, the biggest improvements I made to the Scondoo app were: